Tender chunks of meat you can cut with a fork… it’s the perfect comfort food. Browning the meat is key and takes time. Homemade beef stock is best to use, but canned unsalted chicken stock works too - I use Swanson in a carton. (canned beef stock is too pungent). - Jenny Jones 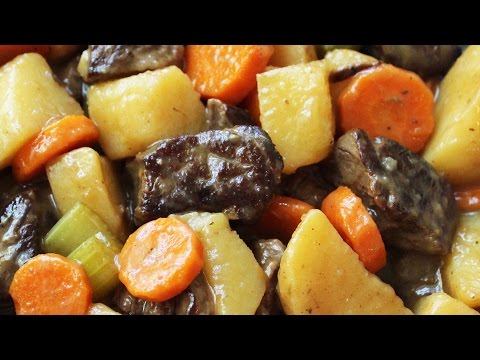